Shall we make a journey back to that place,
Where the ancestors called Huizhou,
Where the Light first dawned on me,
And gave me inspiration for the ANHUI series?
And let there be a challenge for someone else,
For all members on our team,
To give Chengkan Village and Luo Dongshu Temple
A new perspective, another representation.
I believe this could be just as Enlightening.

ALL FOR ONE PHOTO

In November 2016, Lv Yongzhong led a caravan of over ten people on Banmoo’s team and three vehicles carrying two sets of Banmoo furniture, travelling more than 400 kilometers from Shanghai to Chengkan Village at what used to be the ancient Huizhou region in the modern day Anhui Province – all for one photo. Just one. 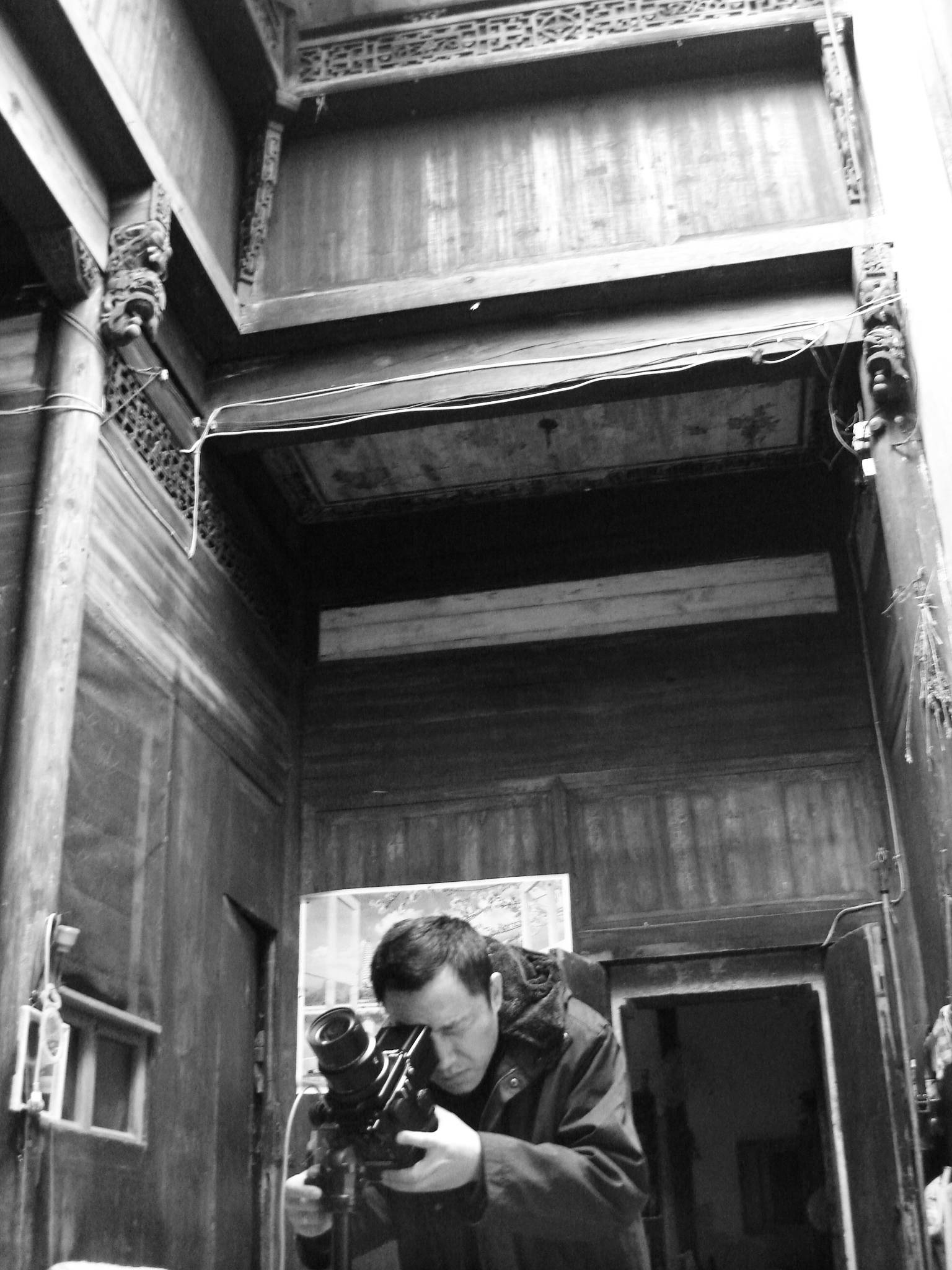 The Night Revels of Han Xizai, by Gu Hongzhong, a Chinese painter during the period of the Five Dynasties and Ten Kingdoms

A sketch of height and angle calculations, by Lv Yongzhong

Camera settings against different heights and angles of view

Last check of lighting and equipment three days before departure;

LEGEND 1: Derived from the Books of Changes, Chengkan is an interesting name for a place.
LEGEND 2: Luo Dongshu Ancestral Temple is widely acclaimed as the finest of its kind around the lower stretch of Yangtze River on account of its quaintness and classic beauty.

Solid wood makes heavy furniture. It took us 8 porters to handle one table with great care. Every piece of furniture was encased with water proof material, so that when a sudden shower caught us off guard, the wooden stuff inside stayed fine and dry, just like the weather on the horizon.

When the scaffolding was set up and lighting wired, we had to keep the fill-in lights powered with a couple of massive portable generators as there was no mains supply inside the Luo Dongshu Temple.

It was not until noon on the third day that everything, furniture, lighting and all, was finally in their place. The air by then had become humid with heavy rain bugging us incessantly for three days. The room was dark, and everybody’s mood was a bit down. On the flip side, though, the rain had toned down the afternoon’s light and made it milder and more balanced.

Wu Yongchang, a professional photographer and a friend of Lv Yongzhong invited especially for this shoot, was adjusting the camera, his figure against the six-meter-high tablet.

The team at work, with Mr Lv in the middle giving instructions.

A smart phone picture taken behind the scene – with an oil painting resemblance.

And many thanks to the local cultural service units and tourist agencies for supporting our shoot. Being Chengkan natives, they harbor deep affections for the architectures of their home town. They wish to make their cultural value known to more people, and call for stepped-up efforts to protect them. It would also be remissive to abuse by neglect the painstaking construction works by the Luo’s family over several generations, and the preservation of the Temple credited to the American Robert Hatfield Ellsworth. If this shoot turns out to be a boost to public awareness and offers a more contemporary interpretation of the Temple, one that wedges between the orthodox and the radical and fits into a slot that people call Banmoo – if this is what we achieve, Mr Lv’s expectation can be said to be fulfilled. A new Light of inspiration dawns, and a good deed is done.

The picture is NOT post-processed. From the colour of the furniture to the texture of the floor, all is in their unadulterated form. Even the light stands and the scaffolding remain untrimmed as they were during the shoot.

The Temple is located at Chengkan Village in Huizhou District (formerly a part of She County), on the outskirts of Huangshan City in Anhui Province. An ancestral temple is built in memory of the ancestors of the inhabiting family, and the Luo’s Temple is the largest of its kind with outstanding carvings and architectural design. With the layout of Shandong’s Confucius Temple and an unparalleled mix of quaintness, classic beauty and magnificence, it is widely acclaimed as the No.1 Ancestral Temple in the region of the lower stretch of Yangtze River.

In November 1996, the Temple was enlisted as one of the national critical protected cultural relics. In 1991, it underwent an urgent overhaul. After receiving financial support from Robert Hatfield Ellsworth and Hong Kong Foundation for the Conservation of Chinese Cultural Heritage, a major renovation project was launched in 1992 and completed in November 1993.