Born in 1968, graduated from Tongji University in 1990 and stayed on as a lecturer for almost 20 years. His works have won numerous awards and is seen as an influential Chinese creative designer as reported in both international and domestic media.

Honored as ‘The Forbes China most Influential Designer’

He is a designer and a philosopher. Seeking inspiration between the traditionaland the modern, he practices his philosophy of“half filled, half empty”in his design and successfully redefines the notion of“home”. Designer Lv Yongzhong explores modern Chinese interior design through lines, lights and shadows. His strong belief raises his design above mediocrity and banality.

Lv Yongzhong won China Life Magazine’s “National Spirit Achiever” award in 2016. As a premium art & culture magazine in China, China Life Magazine launched the award in 2007, which was won by celebrities like I. M. Pei, Xu Bing, Tan Dun, Mao Yushi, Jia Zhangke, Yang Lan, etc.. In the prize announcement, Lv Yongzhong was referred to as “a designer and a philosopher. Seeking inspiration between the traditional and the modern, he practices his philosophy of ‘half filled, half empty’ in his design and successfully redefines the notion of ‘home’.”

He is a cosmopolitan.

He draws inspiration from other cultural systems, and constantly returns to his own, where mountains, earth, landscape and housewares lay the foundation of his observation of the world. The Chinese like to say “Chinese learning for essence, Western learning for application”, while some argue the opposite. Lv Yongzhong seems to imply a third way around—the unity of essence and function—in his outstanding designs.

The exhausted urban people cast off the boundaries and return to the lightness and leisure. The windows where misty lights show through,  the control on surfaces and scales… they do not come from the outside, but manifest in the nuances.

Interior Design China magazine honored Lv Yongzhong as a member of ID-China Hall of Fame 2013, and presented a gold badge to him.

The Hall of Fame was established in 1985 by Interior Design to recognize the individuals who have made significant contributions to the growth and prominence of the design industry. Previous Hall of Fame inductees include legendary figures such as: Andrée Putman, Frank Gehry, Mario Buatta, Thierry Despont, David Rockwell, Philippe Starck, Cui Kai, Tony Chi, to name a few. In 2007 the award was introduced to China to reward those who made extraordinary contributions to the development of the design industry, which added new momentum to the trade in the country.

As spokesman for “New Elegance”,

He polishes his designs with great care.

As a cultural inheritor,

He practices the philosophy of “half filled, half empty”.

Thanks to his effort,

A humble beauty, is born.

2008, compiling Theory and Practice of Interior Design­­ at the invitation of Higher Education Press. The book is widely used in Chinese design schools.

2009, member of the jury of iF Design Award China

2010, delivering a speech at Business of Design Week HK

EXPLORER OF THE NEXT ERA 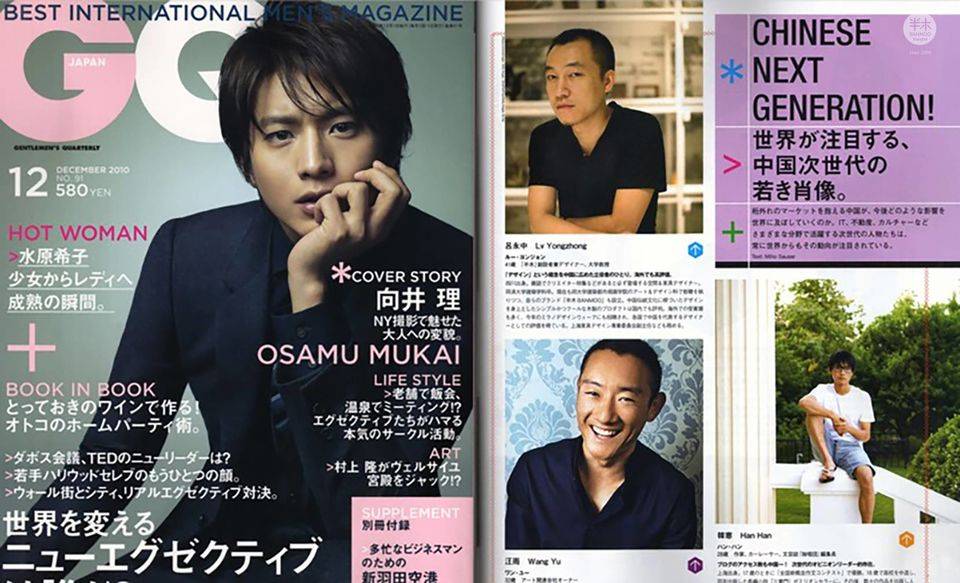 GQ Japan made a feature “Chinese Next Generation” in which Lv Yongzhong was selected as one of the ten explorers of the next era in China. In the same year, Lv Yongzhong was invited to deliver a speech at Business of Design Week in Hong Kong. Lv also won Trends Home magazine’s Interior Design Elites award with Ma Weidu, Zhang Yonghe, etc. 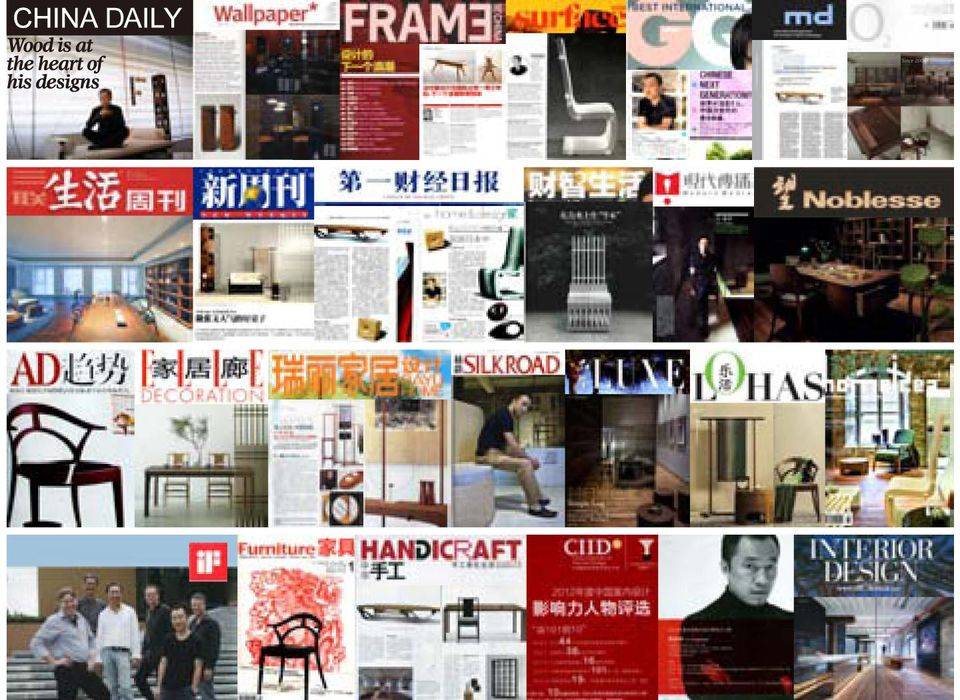